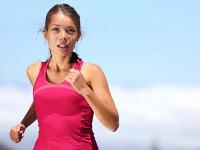 In a year of several key sporting events, most notably the London 2012 Olympic Games, the major brands in the summer sportswear industry are battling for market share, according to the latest issue of Performance Apparel Markets from the business information company Textiles Intelligence.

In the USA alone - the world’s largest single market for sporting goods – wholesale sales of sports equipment, apparel and footwear reached a total of US$77.3 billion in 2011, up by 4.2% compared with the previous year. Moreover, the vast majority of companies in the US sporting goods industry expect to achieve significant further increases in sales and earnings in 2012.

Globally, the value of the sportswear market is estimated at over US$315 billion -- and Adidas and Nike alone, the two biggest brands in the industry, command a 40% share between them. Moreover, the market is growing, thanks in particular to healthy increases in sales of products for running, hiking and football.

Both brands have been gearing up to capitalise on a television audience which has grown with each successive Olympic Games -- from 3.6 billion in 2000 to 3.9 billion in 2004 before reaching a massive 4.7 billion at the Beijing 2008 Olympic Games in 2008.

The big companies in the industry are intensely focused on widening the appeal of their brands. To this end, they continue to invest heavily in research and development as well as in advertising and promotion.

One consequence of such investment is that the enormous sums paid by these companies to promote their brands act as a barrier for new entrants to the industry.

Heavy investments are also made in major sporting events in the expectation that spending will bring long-term rewards in the form of higher sales.

According to Adidas, sales of its football products are set to reach a record Euro1.6 billion in 2012, thanks partly to the brand;s high exposure during the UEFA Euro 2012 Football Championship.

Adidas supplied kits to the winning team of Euro 2012, Spain, and sold more than 900,000 Spanish team replica jerseys. This is considered to be a major feat, given the extent of the economic slump in Spain.

Some garments and accessories are used more for fashion or casual wear than for the sport for which they were originally designed. Prime examples are baseball caps and football replica shirts. In fact, more than 80% of men and women wear their athletic apparel for purposes other than exercise, according to Performance Apparel Markets.

In the meantime, the use of bodyworn sensors and interactive coaching systems has been escalating rapidly, having been driven largely by Adidas and Nike.

Large virtual communities are developing around the Nike+ and Adidas miCoach interactive online systems. These are providing the two brands with opportunities to collect data discreetly about users; preferences and the ways in which they deploy their equipment. Such data can then be used by the two brands in their marketing.

Demand in the summer sportswear market will be driven by a number of factors, including: a rebound in discretionary spending by consumers, spurred by economic recovery; a rise in participation rates in some sports, particularly by women; a greater willingness to pursue healthy, active lifestyles; an increase in the number of older people who remain fit and healthy; growing efforts to combat obesity among children; rising demand for functional, stylish and versatile sports apparel; and a greater tendency towards relaxed dress codes in the workplace.

Looking ahead, most industry experts believe that sports apparel will become increasingly high-tech. Some have even predicted that futuristic concepts, such as spray-on clothing, will revolutionise the way athletes dress.

Issue No 41 of Performance Apparel Markets includes the following reports:

Each issue provides an independent and worldwide perspective on the global performance apparel industry.

More new market research reports by can be found at Textiles Intelligence page.