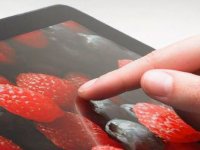 By 2016, contrast/color enhancement films for LCDs will bring in almost $300 million. NanoMarkets remains bullish on this sector, because there is a growing tendency among LCD makers to shift production towards higher performance displays that urgently need these kinds of films. This shift is being driven by competition from both OLEDs and sophisticated consumers looking for a 3-D/HD visual environment. These films may also be combined with antiglare/antireflection films to create multifunctional products, reducing costs further.

Prism/brightness enhancement films are already the largest sector of the display optical film market, but are expected to see further growth. Boosting sales here will be the need to optimize the amount of light coming out of the BLU for a given power level in mobile displays. These films also enable the cost of using fewer LEDs in the BLU to be traded off against the cost of using more sophisticated films like reflective polarizers.

The development and commercialization of multifunctional optical films – for example, films that combine prism features with a diffuser – is a key trend. Such films can reduce the thickness of displays, as well as their cost. They can also make manufacturing easier. It is believed that the market for multifunctional BLU films will grow past the $0.5 billion mark within five years.

Industry analyst firm NanoMarkets announces a new report on display materials “New Opportunites for Optical Films in the Display Industry - 2012”. This report analyzes the opportunities for display films/coatings over the next eight years. These will grow to nearly $10 billion ($US) in revenues by 2019.

Optically functional film types covered in this report include: front-surface films for antiglare/antireflection, viewing angle compensation and color/contrast enhancement; polarizer films; and BLU films (reflectors, diffusers, prisms, reflective polarizers, and multifunctional films). These materials are sold for OLED, e-paper and plasma display sectors as well as for the market-dominant LCDs.

More information can be found in the report “New Opportunites for Optical Films in the Display Industry - 2012” by NanoMarkets.