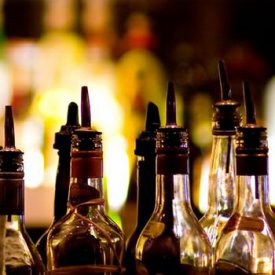 LONDON – Nowadays, the Chinese spirits market is dominated by domestic drinks (Baijiu and Huanjiu) primarily due to deep rooted prevalence of spirits in the country. However, on the back of developing trade and exchange of goods and services, the modern Chinese spirits market has become a mixture of traditional local drinks with beer, wine and various hard drinks like vodka, whisky, gin, etc.

Over the past several years, the domestic consumption of alcohol was influenced by different cultural and social changes. The increasing integration of China with the world moves preferences of local consumers from traditional drinks to more internationally recognised brands and products (especially low on alcohol content).  However, due to the exhaustion of the demographic dividend along with increase in greying population, the consumption patterns in China begun to revert back.

Rising GDP per capita, increasing number of female population, enhancing per capita disposable income, strong demand for traditional drinks and increasing production capacity are the major stimulators of the Chinese spirits market growth. However, the market is still facing a range of challenges, including high excise/liquor taxes of Baijiu and anti-extravagance campaign adopted in 2012.

New insightful research report “China Spirits Market Report: 2016 Edition” elaborated by Koncept Analytics includes a detailed examination of the Chinese spirits market. The report concentrates on key recent industry developments as well as examines factors diving and restraining the market growth. It sheds light on the market dynamics, investigates competitive landscape and profiles companies active in the marketplace. Detailed market outlook for the Chinese spirit market is available in this report, too.

More new studies by the publisher are available at Koncept Analytics page.