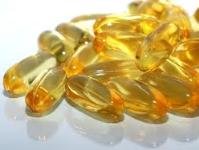 LONDON – The global consumer spending on EPA/DHA omega-3 packaged products – those fortified with eicosapentaenoic acid (EPA) or docosahexaenoic acid (DHA) – is predicted to jump from last year’s USD 25.4 billion to USD 34.7 billion in 2016, at a CAGR of 6.4%. Region-wise, North America currently accounts for 43% of these consumer sales, but the Asia-Pacific is projected to jump to a close second-place position by 2016.

Growing public awareness of EPA/DHA omega-3 health benefit through positive media coverage of scientific research findings, as well as developments in regulatory markets are factors poised to greatly contribute to continued growth in the global market for EPA/DHA omega-3 products.

More new studies by the publisher can be found at Packaged Facts page.