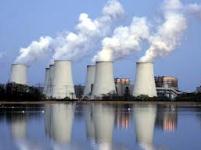 The tragedy of Japan’s Fukishima Diiachi disaster in 2011 focused more negative public sentiment towards nuclear power than any other single event of the last 20 years, but despite protests and political opposition in countries all over the world, nuclear power will only become more prevalent in the future.

Nations across the Middle East, Africa and the Asia-Pacific regions will be substantially bolstering the size of their nuclear power production. These countries have traditionally been dependent on fossil fuels in maintaining energy security, but with depleting reserves billed at higher prices and the impracticality of introducing large-scale renewable energy plants, many growing countries are increasing their reliance on nuclear power.

GlobalData’s latest report "Emerging Nuclear Power Countries - Market Analysis, Policy Analysis and Forecasts to 2030" covers market analysis and the current status of nuclear power in the emerging nuclear power countries around the world. It gives detailed information on key drivers and challenges faced by the emerging nuclear countries in adopting nuclear energy. The recent deals and developments as well as information regarding the top players are also available.

The Middle East and North Africa is the top emerging nuclear region in the world with 42,000 megawatts (MW) of planned and proposed nuclear power capacity to come online by 2030. Of these countries, the United Arab Emirates (UAE) will increase nuclear power capacity the most with 20,000 MW by 2030, provided by the implementation of 14 new reactors.

The Asia-Pacific is second with 26,900 MW, Europe third with 22,750 MW, and South and Central America will only introduce a relatively small 4,400 MW.

Despite both historical and recent nuclear disasters prompting some countries such as Germany, Switzerland and Belgium to bring production to a close over the next 25 years, the expanding economies of developing nations are securing the future of the global nuclear power industry.

More information can be found in the report “Emerging Nuclear Power Countries - Market Analysis, Policy Analysis and Forecasts to 2030” by GlobalData.