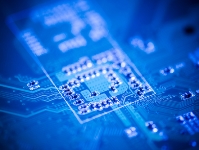 Dynamic random-access memory (DRAM) is vital to portable gadgets such as smartphones and tablet PCs, but the memory integrated circuit (IC) industry is currently caught in a vicious circle of oversupply. The global economic uncertainty of the last few years, combined with the development of new applications that require less memory, has led to an overabundance of DRAM and a corresponding drop in price. Prices have fallen so much in fact that manufacturers have been forced to sell these memory devices at below production cost, preventing profit generation. In response, manufacturers have been producing DRAM at 100% factory capacity in an attempt to claw back expenses, which has only exacerbated the market oversupply problem.

Most recent report "Memory Integrated Circuits (IC) Market to 2016 - Portable Gadgets Such as Smartphones, Tablet PCs and Ultrabooks to Boost Demand for Mobile DRAM and NAND Flash" by GBI Research provides key information and analysis on the market opportunities in the memory IC industry. It covers industry dynamics, information on the sales revenue and sales volume of the memory ICs, and the key suppliers. The study also provides product type-based, region-based and end-application based forecasts up to 2016, as well as forecasts for the overall DRAM, SRAM and flash memory markets. The markets for memory ICs in IT/computers, communications, consumer electronics, industrial and automobiles applications are also discussed.

Sales revenues for the DRAM market spiked in 2010 at $37.31 billion, but fell somewhat drastically the following year to $29.47 billion, and are only expected to reach $29 billion for 2012. Conversely, sales volumes have rocketed during this period. 2010 recorded sales of 16.39 billion units while the final figure for 2012 is expected to be as high as 32 billion units. While the growing portable gadgets market can almost guarantee an increase in DRAM sales for the foreseeable future, analysis indicates that controlling supply and demand is an imperative for the future of DRAM producing companies. In 2011, DRAM accounted for the largest portion of the global memory IC market at 47.3%, followed fractionally behind by flash memory, with a claim of 47%.

More information can be found in the report “Memory Integrated Circuits (IC) Market to 2016 - Portable Gadgets Such as Smartphones, Tablet PCs and Ultrabooks to Boost Demand for Mobile DRAM and NAND Flash” by GBI Research.