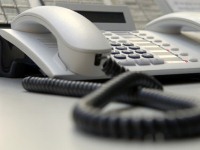 India is one of the leading telecom markets across the world, which still has a huge potential for further growth. The country’s telecom revenues increased at a CAGR of 18.1% during 2006–10, driven by the robust telecom infrastructure, various proactive initiatives taken by the industry and the Government, along with liberal policies and a fair regulatory framework that helps offer telecom services at affordable prices.

While mobile subscriptions are currently driving the growth in the Indian telecom industry, internet subscribers are also expected to increase rapidly in the coming years, driven by the launch of 3G services in the country. The focus of leading telecom players is shifting towards the rural markets of India, which are being touted as the next key growth drivers for the Indian telecom industry. While the penetration of mobile phones in rural India is increasing steadily, there still exists a large gap in this segment, representing a potential market for the key players.

The report “Dynamics of the Indian Telecom Industry” by Smart Research Insights highlights key trends and drivers of the telecom industry in India. It analyses the challenges being faced by the industry that can hamper its future growth. The report also studies the various legislations that impact the industry. A detailed study of key players in the market has also been presented.

With voice revenues falling by the day, the fresh round of revenues in the industry is expected from come from data. In India the non-voice revenue as a proportion of total revenue is just a meagre 11% in India in comparison to approximately 20%-30% in key Asian countries. This is projected to double over next few years.

More information can be found in the report “Dynamics of the Indian Telecom Industry” by Smart Research Insights.