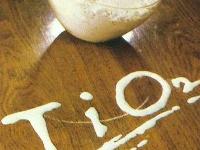 LONDON – India becomes one of the most prospective markets for titanium dioxide. The demand for it is estimated at the level of 150,000 tons annually. Every year the consumption rises for about 9-10%.

About 70% of the titanium oxide demand in India is satisfied by import deliveries, though the country has one of the world’s largest deposits of ilmenite and rutile. Ilmenite and rutile are minerals, which contains titanium dioxide and are used for it commercial production.

According to the report “Titanium Dioxide Market in India: Business Report 2012” prepared by BAC and recently published by TD The Market Publishers, Ltd, with 85 million tons of ilmenite reserves India has the third largest ilmenite deposits after China and Australia. The reserves for rutile account for 7.4 million tons. It is 17.6% of the total world deposits.

The report finds that obtaining such huge reserves India produces relatively low amount of titanium dioxide. India has mines of ilmenite in Kerala, Tamil Nadu, Andhra Pradesh, and Orissa. But large quantity of ilmenite is presently exported, without converting it into value added product as titanium dioxide.

In 2010 the consumption of ilmenite in India reached 268,183 tons, 83% of which was used for manufacturing of synthetic rutile, followed by pigment industry (production of TiO2) – 14%.

More details on the titanium dioxide market in India can be found in the new BAC report “Titanium Dioxide Market in India: Business Report 2012”.