Global reserves of bismuth contained ore are slightly above 318,000 tonnes with a reserve base estimated at around 680,000 tonnes.

The major stake in the world market for bismuth belongs to China. The country owns the largest deposits of the material estimated at 240,000 tonnes, while its reserve base exceeds 468,000 tonnes.

China’s last year output reached 8,500 tonnes, down by 400 tonnes year on year. However, the country exports most of its bismuth.

The USA is amid the most prominent world importers of the product. The country imported above 9,000 tonnes in 2007-2011 as it does not have sufficient internal reserves of the material.

A consumption increase became a key factor defining the bismuth price performance through 2011. 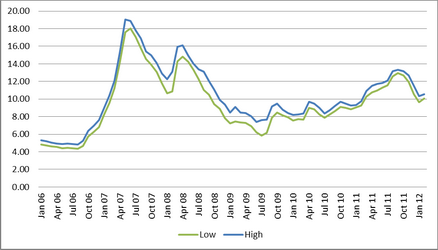 Notes: Prices represent low side of wholesale for full truckloads and high side of retail for less than truckloads.

A similar trend was observed amid bismuth ingot 99.9% deals. The prices moved up from USD 10.00 per lb CIF Warehouse Rotterdam in January to USD 12.00 per lb in autumn. However, the demand slowdown prevented the price rise in the current year. 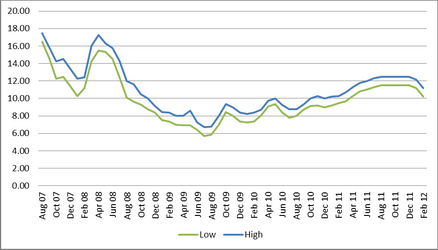 Prices for bismuth 99,99% also demonstrated a boost in January-September 2011 in the China domestic market. They were estimated at roughly USD 12.9 per lb in September, in comparison with USD 9.10 per lb in early 2011. 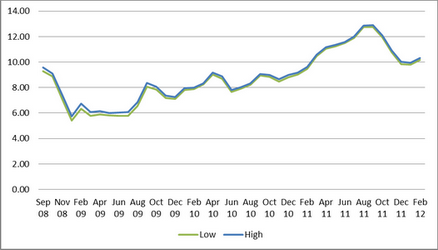 The values registered a series of increases early this year, but they trended lower on the back of a demand fall.

More information on the bismuth market can be found in the report Bismuth Market Review.