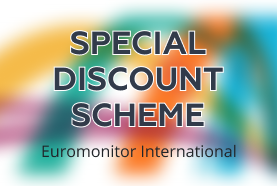 Euromonitor International's Kitchen Towels in Iran report offers a comprehensive guide to the size and shape of the market at a national level. It provides the latest retail sales data 2005-2009, allowing you to identify the sectors driving growth. It identifies the leading companies, the leading brands and offers strategic analysis of key factors influencing the market – be they new product developments, distribution or pricing issues. Forecasts to 2014illustrate how the market is set to change.