New Reports on Aircraft Market Have Been Added at MarketPublishers.com in April 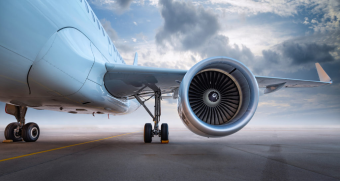 LONDON – Market Publishers is pleased to inform that our collection of research studies on the aircraft market have been enlarged with new reports this month. These reports present all-round insights into the examined markets, describe historical and current market scenarios, identifies the major market growth drivers and challenges, outline top trends and major growth opportunities, touch upon the competitive landscape, give information on the leading players, uncover historical, present, and forecast market data and statistics along with other important details on the market performance. Here are three most popular reports featuring the aircraft market added at MarketPublishers.com in April:

The global airborne optronics market reached the value of USD 1.4 billion in 2020 and is poised to continue growing at an impressive CAGR of 12.7% in the next 5 years to reach USD 2.5 billion by the year 2025. The major market growth drivers comprise the increasing fleet of commercial and combat aircraft, and growing deployment of electro-optics in unmanned vehicles. The surveillance systems segment is projected to command the largest value share of the overall airborne optronics through 2025; this is majorly attributed to the rising usage of small UAVs and long-range and high-altitude UAVs in the military sector to provide battlefield intelligence. Regionally, North America is forecast to be the largest contributor to the world’s airborne optronics market in the next 5 years…

The aviation industry contributes significantly towards carbon emissions with nearly 2.5% of the global CO2 emissions. Since the massive reduction of air traffic due to the COVID-19 pandemic, industry stakeholders are making efforts to decarbonize the aviation industry. This is of particular concern for the governments in the EU (especially Germany, the UK, and France); these nations have formulated their own National Hydrogen Strategies with a focus on the decarbonization of transportation and aviation industries. Last year, the world’s hydrogen aircraft market reached the value of USD 143 billion. This market is forecast to exhibit tremendous growth at a CAGR of 28.9% during the next decade to exceed the value of USD 7.42 billion by the year 2030. On the basis of power source, the hydrogen fuel cell segment is poised to take lead in the hydrogen aircraft market during the next decade…

To find many more in-demand research studies covering various sectors of the aircraft market, please, use our search form.