Major Industries Driving Economic Growth in the US 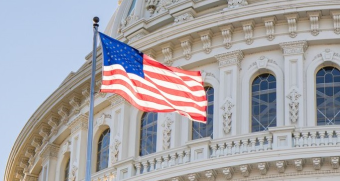 LONDON – The United States of America (commonly known as the US) is the third-largest country in the world by total area and the third most populous country. Supported by abundant natural resources along with a well-developed infrastructure, today the country boasts a highly-developed, mixed and technologically-advanced economy.  Moreover, the US economy is the world’s largest by nominal GDP and the second-largest by purchasing power parity. The US dollar is the most popular currency in international transactions and is also the top reserve currency worldwide. Furthermore, the US ranks the leading importer and the second-major exporter in the global arena. Last year the US GDP exceeded USD 21.43 trillion registering a 2.1% YoY growth.

The country’s economy is broadly divided into three main categories: agriculture & mining, services, and manufacturing & construction. The services sector is the foremost contributor to the US economy accounting for some 78% of the country’s GDP; the industries that make up “Wall Street” – real estate, finance, and insurance, – alone account for around a fifth of the country’s economy. Meantime, the share of the manufacturing & construction sector in GDP is around 20%, whilst that of the agriculture & mining sector – around 2%.

Distribution of working population across economic sectors in the US, 2019

MAJOR INDUSTRES IN THE US ECONOMY:

The services sector has a tremendous impact on the national economy, as it is, by far, the heaviest contributor to the country’s GDP. The biggest part of the country’s working population (over 60%) is employed in this sector.

The US financial market is the largest and most liquid across the world. In the year 2018, the finance and insurance sectors contributed around 7.4% (some USD 1.5 trillion in value terms) to the US GDP. Besides, these sectors employed around 6.3 million people as of late 2018. Moreover, in 2018, at least 28 financial service companies from “Fortune’s Global 500” ranking were headquartered in the US.

The US dominates the world’s international travel and tourism exports and takes the third place in the world in terms of international tourist arrivals. By 2023, the country is anticipated to welcome about 95.5 million foreign visitors annually. As of 2017, the US travel and tourism industry generated revenues of more than USD 1.6 trillion and supported nearly 7.8 million jobs. In the same year, this industry represented 2.8% of the national GDP.

Besides, the US has a highly competitive logistics and transportation industry, which contributed nearly 8% to the country’s GDP in 2018 (around USD 1.6 trillion in value terms). In the same year, foreign direct investments in this industry reached some USD 1.5 billion.

The healthcare and social assistance sector also plays a vital role in the country’s economy, making a contribution of around 8% to the national GDP. Healthcare spending in the US in both absolute terms and as a percent of GDP is among the highest worldwide. Americans are spending on healthcare much more than on national defense, housing, food, or automobiles.

Although the services sector is considered to be the main engine of the US economy, the country also has an important manufacturing base which makes a prominent contribution to the US economic growth. After several years of decreasing output and negligible contributions to economic growth, the industry has been witnessing notable growth since 2017. This is majorly attributed a regulatory environment that encourages reshoring activities, to favourable tax policies, declining transportation and energy costs, continued industry innovations, and increasing labor costs in the key manufacturing bases (e.g., China).

The US ranks the second-largest manufacturer across the globe. Besides, the country takes lead in higher-value industries such as aerospace, telecommunications, automobile, machinery, and chemicals, etc.

The US aerospace industry is the largest across the globe. This industry directly employs more than 509 thousand country’s workers in technical and scientific jobs and provides over 700 thousand jobs across related fields. As of 2018, the aerospace industry contributed about USD 151 billion in export sales to the national economy, and its trade surplus of appr. USD 88 billion was the largest amid manufacturing industries in that year.

The US boasts one of the largest automotive markets worldwide. The country takes the second place in the world in terms of vehicle production. The US affiliates of various foreign-owned auto brands directly provide over 400 thousand jobs. Moreover, many automakers have US-based transmission and engine plants as well as conduct R&D, design and testing in the US. As of 2018, the US exported around 1.8 million new light vehicles and appr. 131.2 thousand medium and heavy trucks (together valued at some USD 60 billion) to more than 200 countries, with additional exports of different automotive parts estimated at some USD 88.5 billion.

The chemicals industry is among the US largest manufacturing industries, it serves both a huge domestic market and a constantly expanding global market. Moreover, it is one of the leading exporting categories of the US manufacturing sector. Accounting for appr. 18% of the world’s total chemical shipments, the US is a global leader in chemical production and exports. The country’s chemical industry is presented by over 13 thousand firms that produce more than 70 thousand various products. As of 2017, the final sales of the US chemical industry were estimated at USD 765 billion, and the industry directly employed over 529 thousand workers with additional indirect jobs of above 1.8 million.

The US manufacturing sector also produces an array of different consumer goods. The US consumer goods market ranks the largest worldwide. The prominent subsectors of the country’s consumer goods industry comprise appliances, jewelry, sporting goods, recreational boats, furniture, toys, musical instruments, a great variety of processed foods and beverages, games, among many others.

Although agriculture contributes less than 2% to the country’s GDP, the US is a net exporter of food and the dominant exporter of agricultural products in the world – this is attributed to vast arable lands, strong workforce, high government subsidies, and advanced farming technologies. Presently, over 2 million farms across the country cover more than 900 million acres. The country is a prominent producer of corn, wheat, soybeans, fruits, vegetables, cotton, tobacco, nuts, and rice, amid other crops.

Economic growth in the US is poised to continue gaining momentum in the near future. The services sector is anticipated to remain the major growth engine of the national economy, with an array of associated industries likely to outperform and give a much-needed boost for sustainable economic growth. Still, a lot will depend on the final demand of consumers as they are the primary growth driver. Many other factors will also play an essential role in creating the demand for services output, for instance, the healthcare industry is slated to expand backed by the rapidly increasing number of geriatric population as well as newly insured patients who need healthcare services. Additionally, continued technological breakthroughs are expected to increase the dependence of the majority of industries on IT services. Growth in the US manufacturing sector is also predicted to remain strong in the years ahead.