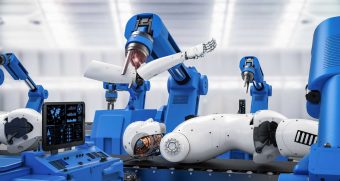 On the basis of product type, product lifecycle management bagged the majority of share in the Southeast Asia industrial automation and process control market in 2019 and is expected to continue its dominance in this market during the forecast period.

On the basis of industry vertical, the process industry accounted for the largest market share in terms of revenue in 2019. The large share of this segment is primarily attributed to the fact that higher output and increased productivity have been two of the biggest factors fostering the use of automation in the process industry. Furthermore, automated systems typically perform the manufacturing process with less variability than human workers, resulting in greater control and consistency of product quality. Owing to this, automation has been widely used in the process industry.

On the basis of geography, Southeast Asia industrial automation and process control market is segmented into Singapore, Vietnam, Malaysia, Thailand, Indonesia, Philippines, and other countries (Cambodia, Laos, Myanmar, and Brunei). With respect to revenue, Singapore is by far the most commanding market and expected to maintain its dominance throughout the forecast period. The market growth in Singapore is majorly attributed to the rising opportunities for automation in the manufacturing sector, favorable government initiatives, growing manufacturing presence of leading global companies, growing economy, and rising investments in this country. However, Vietnam is offering some serious challenges to the dominance of Singapore in the Southeast Asia industrial automation and process control market. The Vietnam Ministry of Planning has formulated a new Foreign Direct Investment (FDI) strategy for 2018-2023, with assistance from the World Bank, specifically aimed to encourage foreign investments in high-tech industries. Thus, increasing investments in high tech manufacturing will significantly drive the adoption of automation solutions in manufacturing industries in Vietnam.

More in-demand research reports by this publisher can be found in the  Meticulous Market Research catalogue at MarketPublishers.com.