Romanian Reinsurance Segment to Grow at 6.2% CAGR through 2017, Expects Timetric 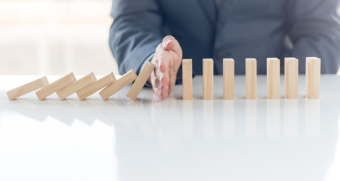 The Romanian reinsurance segment registered a CAGR of 11.3% during the review period (2008-2012). This was partly due to the rising number of EU-sponsored infrastructure projects taking place in the country. In 2012, the EU announced plans to invest over US$235 million in a Nuclear Photonics Project in Romania and also budgeted for other smaller infrastructure projects. This, combined with the nation’s high claims ratio and frequency of natural disasters, is expected to support the reinsurance segment over the forecast period (2012- 2017), as insurance companies look to share a higher proportion of their risk with reinsurers.

According to the report “Reinsurance in Romania, Key Trends and Opportunities to 2017” by Timetric, the segment is projected to grow at a CAGR of 6.2% over the forecast period.

Despite the projected growth, the segment is anticipated to remain under pressure due to the decision of large reinsurance groups such as JLT Re, Swiss Re and Willis Re to withdraw, or reduce, their participation in the Romanian reinsurance segment. The key reasons for this move are:
A concern over Romanian catastrophe programs, which do not meet international standards.
A rise in original property losses and decelerating property rates.

Solvency II legislation is a fundamental reform of capital adequacy requirements and risk management, and is likely to become a blueprint for insurance regulation worldwide. EU member states such as Romania are preparing to introduce the new regulations in 2015 which will necessitate higher capital requirements. This may force some firms to cede a greater proportion of risk with reinsurers and is anticipated to have a positive impact on the segment over the forecast period.

The Romanian economy was adversely affected by the global financial crisis of 2008. Unemployment increased and annual disposable incomes declined by 22.6% in 2009 - adversely affecting nearly all of the nation’s insurance categories. However, economic conditions improved during 2010- 2011 when the economy grew by 2.5%.

More information can be found in the report “Reinsurance in Romania, Key Trends and Opportunities to 2017” by Timetric.