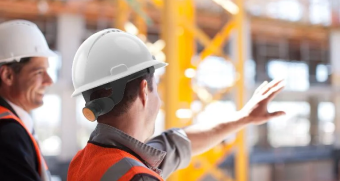 The Russian construction industry recorded a nominal CAGR of 9.68% between 2007 and 2012, valuing RUB 7.7 trillion (US$ 247 billion). Realizing the importance of modernizing infrastructure to achieve long-term growth, the government has announced large scale investment in road and rail infrastructure.

According to the report “Construction in Russia – Key Trends and Opportunities to 2017” by Timetric, the Russian government has signed decrees to improve the nation’s housing situation, including the controlling of mortgage rates, commissioning the construction of affordable housing and providing land to developers free of charge. Timetric expects the Russian construction industry to record a CAGR of 11.07% between now and 2017 to the value of RUB 13 trillion (US$ 417.6 billion).

As mentioned, infrastructure was the largest construction market in Russia in 2012, valuing RUB 2.7 trillion (US$ 87.3 billion). The market was subject to several decades of underinvestment and has been struggling to support its own rapid growth since the early 2000s. Excessive bureaucracy and widespread corruption discourage foreign companies from establishing construction projects in Russia.

The commercial construction market valued RUB1.3 trillion (US$ 41.8 billion) in 2012. The number of retail outlets in Russia is increasing at a rapid rate, and while the retail buildings category attracted substantial levels of investment, the office buildings category is anticipated to record strong levels of growth between now and 2017.

More information can be found in the report “Construction in Russia – Key Trends and Opportunities to 2017” by Timetric.