Telecommunications Markets of the Balkan States were Worth EUR 5.75 Billion in 2011, Says PMR

In the last couple of years, the telecommunications market in the Balkan states encountered various problems which affected its growth. Part of those were a consequence of the worsening macroeconomic climate, while another the others were a result of regulatory issues. Even so, the market remained in the interest of potential investors. The attraction of the Balkan telecommunications market is hidden in the fact that it is geographically near to the main European market, and at the same time, because of a combination of relatively low penetration and prices that are still not high, offers potential for further growth.

According to the new report “Telecommunications Market In Balkan States 2012” by PMR, the telecommunications markets of the Balkan states (Albania, Bosnia and Herzegovina, Croatia, Macedonia, Montenegro, Kosovo, Slovenia and Serbia) were worth €5.75bn in 2011. In comparison to 2010 it means the market declined for 1%. 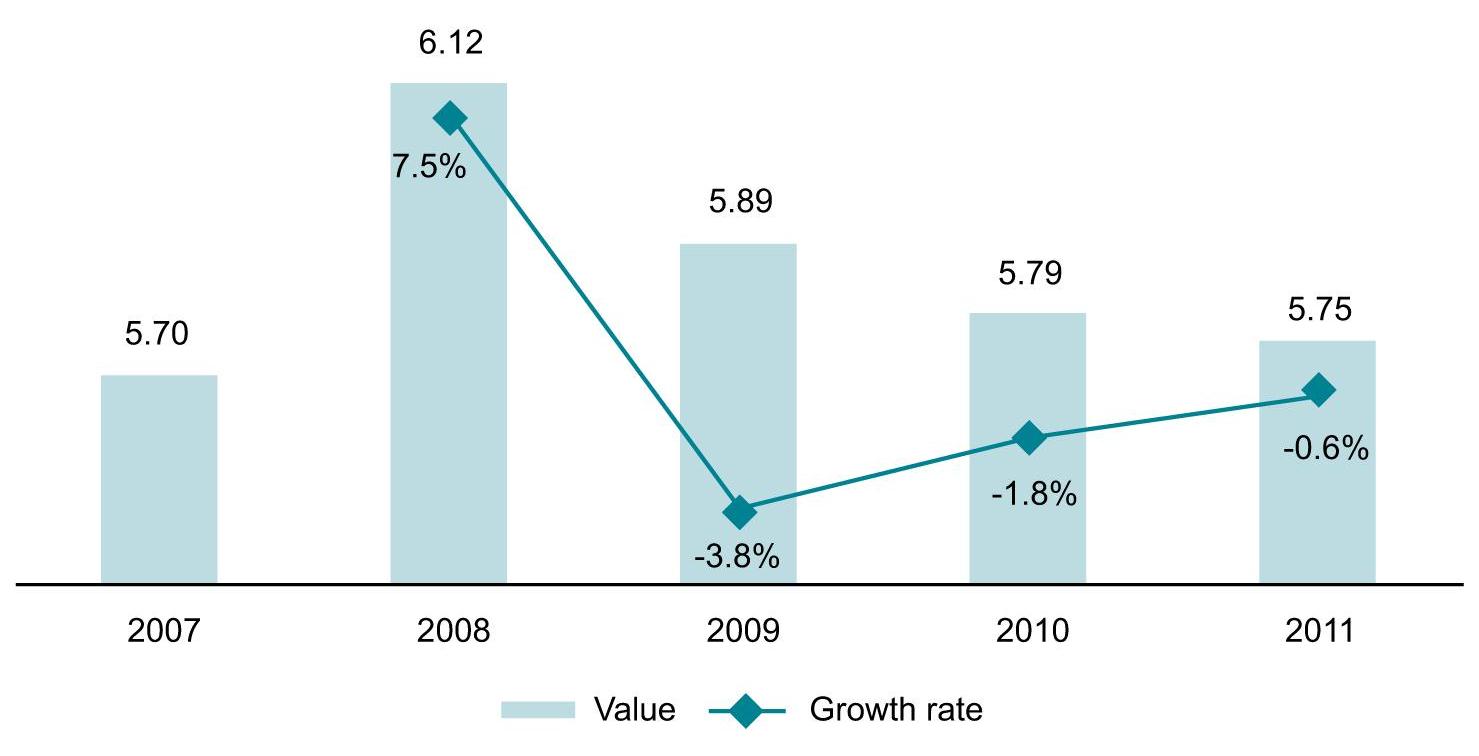 Even though the telecommunications market in the region recorded a decline in last three years, it still offers significant possibilities for further growth. According to Zoran Vuckovic, PMR analyst and author of the report: “Within the mobile telephony the main potential for growth still lies in low level of revenues from average user compared to European average. As in future macroeconomic situation in the region will gradually improve (after Croatia in 2013 all countries in the region are in lane for EU accession) this will partially also affect ARPU of the operators”. Also, significant potential lies within the internet segment as the penetration of the service in the region remains at a low level. Therefore, the influx of new users on the market in upcoming years will be fuelling the growth in value of the market. In effect, the ISP segment will be noting higher growth rates in the 2012-2016 period compared to mobile of fixed-line telephony segment.

The outcome in the structure of the telecommunications market of the Balkan states is a mixture of both economic, demographic and telecommunications factors. Even though by population, and in effect the number of customers, the Serbian market is the largest in the region, in terms of value, the largest portion of the regional market belongs to Croatia. This disproportion arose from lower revenues per user in Serbia, but also from a lesser penetration of services within the ISP segment. Therefore, since the average revenues per user in Serbia are one of the lowest in the region in the next five years we are of the opinion that the Serbian market will be one of the fastest growing in the region. Compared by value, in 2011 the Slovenian market was in third place. The telecommunications market in the country was showing all the signs of a maturing market, in which saturation with services was at a relatively high level. The same applies to the prices of services, which were on a higher level than in the rest of the countries. Both factors resulted in a higher share of the regional market than the country’s demographic indicators might suggest.

Shares (%) of Particular Countries in the Value of the Telecommunications Market in the Balkan States, 2011 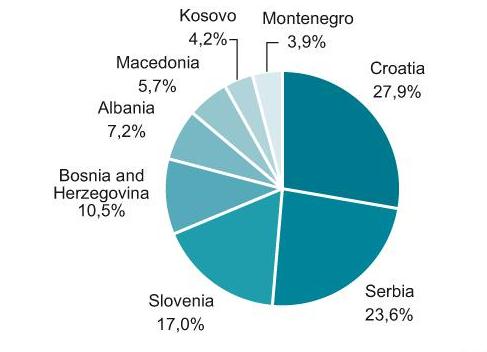 Even with considerable regulatory, legal and macroeconomic problems that the telecommunications market in the Balkan states is facing, it still remains of interest for foreign subjects. The process of the privatisation of incumbent operators in the region is far from finished. Most recently, in 2011 the sale of Post and Telecom of Kosovo and Telekom Srbija was started. Both processes, however, were abandoned in the same year.

Seven companies entered the auction of Telekom Srbija, which was initiated in late December 2010. They were: Telekom Austria, Deutsche Telekom, France Telecom, America Movil, Orascom Telecom Holding through Weather Investments, VimpelCom and Turkcell. However, only one bid was placed at the end of the process, from Telekom Austria, but the Serbian government rejected it in 2011 as unsatisfactory. Also in 2011, Kosovo’s government declared the sale of the incumbent operator: Post and Telecom of Kosovo. In June, T-Hrvatski Telekom (Deutsche Telekom) and Telekom Austria Group were chosen as a finalist of the tender for 75% of the shares in the operator. However, in Q4 2011 the sales process was cancelled due to the corruption allegations of the management of the operator. In June 2012, the sale of the operator was restarted. Unofficial information is suggesting that the sale for 75% of the shares could generate between €300m and €600m. Besides Telekom Austria Group and Deutsche Telekom, which are the largest telecommunications operators in the region last year, also active in regional expansion were Telekom Slovenije, Mid Europa Partners and Velatel.

More information can be found in the report “Telecommunications Market In Balkan States 2012” by PMR.