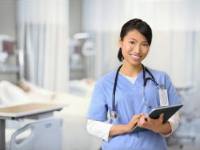 LONDON – Malaysia remains one of the preferred locations for medical tourism by virtue of its highly efficient medical staff and modern healthcare facilities. Malaysia has seen an impressive growth in medical tourism industry.

The political, economic stability and the government’s effort to promote Malaysian healthcare abroad has really paid off. Its number of medical tourists has grown with 23.6% CAGR for the period 2003 – 2011. Malaysia medical tourism market has grown more than 8 times in 2011 compared to its market in 2003.

New report "Malaysia Medical Tourism Analysis and Forecast to 2015" elaborated by Renub Research offers an analytical view at the current status and outlook of Malaysia medical tourism market, comparison of the overall market size in Asia, the number of customers of the medical tourists change projections and the cost of various types of surgery in the United States, UK, growing to promote the exchange of factors and issues analysis information. The report also entails major drivers and roadblocks of Malaysia medical tourism market.

Key Issues Addressed in the Report Include:

More new market research reports by the publisher can be found at Renub Research page.