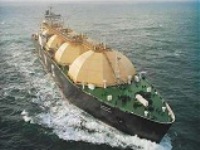 LONDON - STX Offshore and Shipbuilding continues its efforts in obtaining new orders to ensure future profits. In May, for example, the company signed contracts totaling USD 120 M value. Among them are orders for two 6,500 CBM LPG carriers and two 50,000 DWT tankers, all from Greek customers. The ships will be completed by Q1 2014 at Busan and Jinhae shipyards. STX Offshore is also in the process of discussing a massive order from Middle East for LNG and LEG carriers, which would cost USD 430 M.

STX Offshore will focus on European region to obtain more orders as there are countries that currently increase their demand for middle-size to big ships. Besides, the company has already earned a good reputation in the region with its MR tankers, and plans to improve that effect.