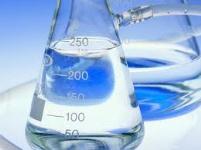 LONDON – The worldwide methanol market is predicted to grow at a CAGR of over 10% in the coming five years. Rapid development of chemical, agricultural, construction and automobile industries, and increased usage of the chemical in various end-use segments including alternative fuels, acetic acid, pharmaceuticals, and fuel cells among others is encouraging the growth of the methanol industry from pole to pole.

The Asia-Pacific represents the largest as well as the fastest growing regional market for methanol worldwide. A major portion of methanol consumption in the region originates from the Chinese market.

New market report “Global Methanol Industry” worked out by Taiyou Research offers an elaborate, detailed and unbiased picture of the methanol market and industry globally with a special focus on the following regions – the Asia-Pacific, Europe, Middle East & Africa, North America, and South America. The market is analyzed through an industry profile, demand and production statistics, demand for methanol by end use sectors and by countries, impacts on the industry including industry growth drivers and challenges facing the market, along with an analysis of the competition in the sector. Major global market players are profiled through their business analysis, a look at their products & services, financials and a SWOT analysis.

More new market reports by the publisher can be found at Taiyou Research page.