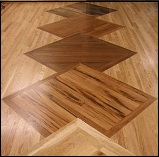 LONDON – Recently Slovenian floor maker Juteks announced its quarterly and annual results for 2011. According to those, the year appeared to be better than 2010, as well as Q4 ended up positive. In 2011 comparing to the previous financial year, revenue increased by 30% and reached EUR 54 M, gross profit amounted to EUR 11.3 M (66% up), operating income grew from EUR (6.6) M to EUR 1.5 M, and net income equaled EUR (1.8) M from previous results of EUR (8) M which is also a positive dynamics.

Founded in 1939 and headquartered in Žalec (Slovenia), Juteks d.d. engages in manufacture and distribution of PVC foam-backed flooring for commercial buildings, semi-commercial facilities and residential constructions. Flooring thickness varies from 1.0 mm to 3.2 mm, while width can be adjusted from 2m to 4m. Guarantee for 7 to 10 years is provided given proper utilization. The company is public and trades on Ljubljana Stock Exchange under the ticker JTKG.