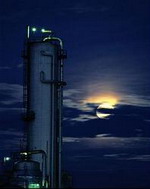 Market Publishers Ltd informs that new GlobalData's Oil & Gas Reports have been added to its catalogue:

Shale gas development in the US has gained the attention of several major global oil and gas companies and the country is actively pursuing ways to develop this unconventional resource commercially. This effort has paid off, and international oil companies (IOCs) and national oil companies (NOCs) are entering the plays through mergers and acquisitions. According to reports published by the US Energy Information Administration (EIA) in April 2011, Asia-Pacific has the highest risked in-place shale gas resources in the world, totaling 7,042tcf (trillion cubic feet), followed by south and central America in second position. North America, Africa, and Europe rank in third, fourth and fifth positions in terms of risked in-place shale gas resources.Followed by the success of shales gas development in the US, Europe is looking into developing its own gas shale resources. Eastern Europe has long been dependent on Russia to meet its natural gas requirements. If Europe can diversify its gas supply sources and develop domestic shale gas resources, it would be able to decrease its dependence on expensive Russian gas.

More new market research reports by GlobalData can be found at publisher page.