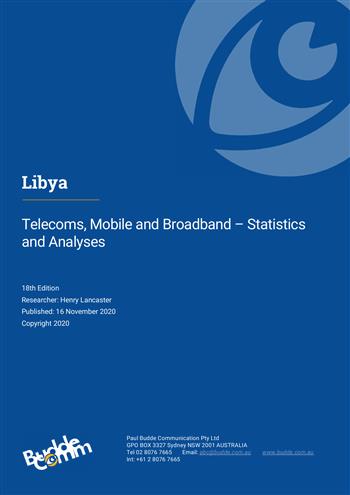 During the last few years Libya has struggled to rebuild its economy and infrastructure following disruption caused by the civil war and the subsequent political unrest. Much of the telecom infrastructure was destroyed or stolen following the 2011 disturbances, including about a quarter of the country's mobile tower sites. Reconstruction efforts continue to be stymied by political and military disturbances which affect much of the country. With two opposing administrations, based in Tripoli and Tobruk, there is no consensus as to how to rebuild infrastructure on a national scale despite numerous attempts to reach a political solution. Although progress is being made in rebuilding telecom infrastructure, the mobile towers remain a target of the warring factions while civilians regularly cut telecom cables by mistake while engaged in construction work.

In early 2015 the state telco (along with many other businesses) decamped to Malta, and since then the two rival administrations have fought in the Maltese courts to assume control of the company. The economy, which largely collapsed in 2013 and 2014 with dramatic falls in GDP, showed remarkable growth in 2017 and 2018, though this was based on a very low base. Growth in 2019 was a more moderate 9.9% though growth for 2020 is expected to be negative 58%. This is largely due to the effects of the pandemic, as also to the collapse in the price of oil on international markets

The destruction to telecom infrastructure aside, it remains superior to those in many other African countries. Considerable investment has been made in a national fibre backbone network, while upgrades have been made to existing international cables. Investments in telecom infrastructure totalling $10 billion were earmarked for the 15 years to 2020, though given the civil strife in recent years it is difficult to say how much of this has been put into effect.

The mobile market is supported by some of the lowest tariffs on the continent. Opportunities remain in the broadband sector where market penetration is still relatively low. To stimulate take-up of services, the regulator in mid-2020 imposed a 50% reduction in internet subscription charges. As for mobile broadband, LTE services have only a limited reach and thus the development of this sector has been slow. A limited 5G service was made available in November 2019.