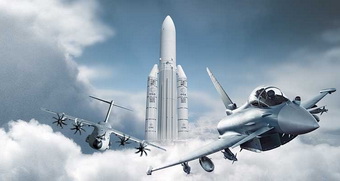 Commercial aviation has weathered many downturns in the past, yet the recovery has followed quickly and the industry has been reliably returned to its long-term growth rate of approximately 5 percent per year. Despite uncertainties, 2011 passenger traffic rose to about 6 percent above 2010 levels. It can be expected that this trend would continue over the next 20 years, with world passenger traffic growing by approximately 5 percent annually.

Also, expansion of emerging-market economies will foster a growing need for efficient transport of goods. It can be estimated that air cargo will grow approximately 5 percent annually through 2031. Boeing has projected a long-term demand for 34,000 new airplanes over the next 20 years, valued at around $4 trillion. These new airplanes will replace older, less efficient airplanes, benefiting airlines and passengers and stimulate growth in emerging markets and innovation in airline business models. Approximately 23,240 airplanes (68 percent of new deliveries) will be single-aisle airplanes, reflecting growth in emerging markets, such as China, and the continued expansion of low-cost carriers throughout the world. The twin-aisle segment will also increase, from a 19 percent share of today's fleet to a 23 percent share in 2031. The 7,950 new twin-aisle airplanes will allow airlines to continue expansion into more international markets.

According to Airbus forecast, Latin American airline traffic will grow by more than 6% per year in the next 20 years, the second highest growth rate in the world after the Middle East and ahead of Asia Pacific. Overall, the region’s traffic is expected to triple in the next 20 years. In India 2012 marked a decade of full-fledged entry of the private sector in defense production with 100% equity and 26% foreign direct investment.

The study categorizes the special mission aircraft market based on Platform, Application, Component, End-User, Point of Sale, and Region.

COVID-19 has disturbed supply chains of several products and services in several industries. The impact of COVID-19 on the supply chain of unmanned systems was no different. As several countries in the world reduced their defense budgets, it badly impacted the research & development (r&d), contracts and hence production og UGVs. The pandemic has also disturbed the trading of those systems, affected the development of unmanned ground vehicles.

ABB (Switzerland), Rockwell Automation (US), Altra Industrial Motion (US). Moog (US), SMC (Japan), Curtis Wright (Exlar) (US), and MISUMI (Japan) are some of the leading players covered in the robotics and automation actuators market report. This research report categorizes the Robotics and automation actuators Market based on on type, vertical, application and actuation and region.