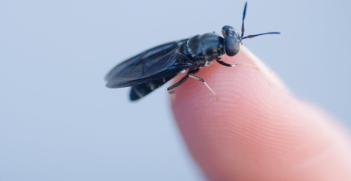 According to this latest publication from Meticulous Research, in terms of value, the global black soldier fly market is expected to grow at a CAGR of 33.3% from 2019 to reach $2.57 billion by 2030; whereas, in terms of volume, this market is expected to reach 2,052.9 KT by 2030. The high growth of the black soldier fly market is mainly attributed to the increasing global meat demand, growing aquaculture industry, increasing demand from animal feed industry for alternative proteins due to rising prices of soy meal, growing government support for the use of insect meal in livestock feed, and growing investments by key players in the BSF industry. However, factors such as non-standardized regulatory framework across the Europe and limited acceptance and approval for BSFL application in human diet are hindering the growth of this market.

Geographically, Asia-Pacific region commanded the largest share of the overall black soldier fly market in 2019. The major share of this region is mainly attributed to the increasing consumption of meat and seafood, growing aquaculture industry, rising awareness of BSF as an alternative protein source for the use in animal feed, no regulatory hurdles, and an increase in the prices of fish meal. However, Europe is expected to witness the rapid growth during the forecast period.

More in-demand research reports by this publisher can be found in the  Meticulous Market Research catalogue at MarketPublishers.com.