Boohoo: How a market stall became an international fashion empire 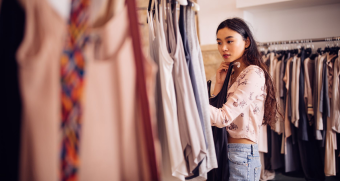 In 2006, Mahmood Kamani and Carol Kane co-founded Boohoo which originally began as a modest market stall in Manchester, until Kamani realized the potential of online retail and launched Boohoo.com in order to capitalize on this trend. 12 years later, in April 2018, the company announced that revenue had almost doubled from the previous year, to reach a staggering £580m ($747.4m), leading many to ask whether Boohoo’s growth will ever slow down.

Several reasons have been given to explain Boohoo’s exponential growth in recent years. MarketLine Analyst Eleanor Uttley stated that;

“The most effective tool the company has used to promote growth is social media; influencers have been particularly effective in driving the brand’s popularity. This strategy has allowed the company to engage effectively with its target audience, the Millennial and Generation X consumer”.

Boohoo targets consumers with on-trend, but affordable products which are brought to market using a streamlined supply chain, ensuring that the brands stay ahead in the race for fast fashion.

In the last year there has been a significant change to the size and scale of the group’s operations, following the acquisition of PrettyLittleThing and NastyGal.

Boohoo’s strong revenue growth in the US, which increased by 129% in financial year 2018, has seen the country eclipse Australia as the brand’s second largest market and due to the revenue potential available, it is likely that Boohoo will continue to push for a dominant position in the market.

Although challenges lie ahead in what is an extremely competitive market, Boohoo’s group strategy has proven to be a recipe for success. Other retailers wishing to emulate this success must streamline their supply chains, utilize the power of social media and focus on driving awareness in international markets.