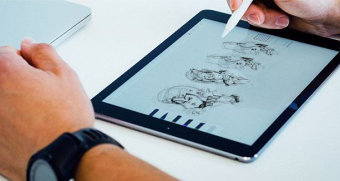 The rapid advancement of technology has made computer animation available to the masses and the animation industry is one of the fastest growing industries. The demand for animated entertainment has expanded with the increase in broadcasting hours by cable and satellite TV along with the growing popularity of the Internet. In the past, animation series were aimed at children aged nine and below. In recent years however, TV stations have been producing animation series for teenagers, adults and the whole family. Animation series like The Simpsons and King of the Hill have been successfully aired on primetime TV.

According to the report “Global Animation Industry: Strategies Trends & Opportunities” by Digital Vector, the major animation markets include the United States, Canada, Japan, China, France, Britain and Germany. The current animation industry is influenced by large multinational studios as well as TV broadcast companies and cable channel companies. They are engaged in activities from pre-production to distribution, as well as new sources of revenue such as DVD sales and intellectual property licensing. The multinational studios leverage various forms of partnership, coproduction and joint ventures with global partners. Several countries subsidize their national film industries, including animation and therefore, strategies such as co-production have been adopted to explore global market opportunities and production subsidies.