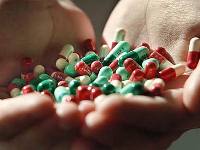 LONDON – In the pharmaceutical industry, chemosynthetic polypeptides are the focus of attentions. On one hand, the indications of polypeptide drugs are in wide range and the curative effects are obvious, mainly for the application of tumor, metabolism, cardiovascular diseases, infectious diseases, etc. On the other hand, the development-success ratio of polypeptide drugs is high compared to that of traditional drugs and the approval ratio is also obviously higher than that of micromolecule chemical drugs.

According to historical data, the approval ratio of polypeptide drugs in clinical research is 23 % to 26 %. As the rapid development of biochemical technologies and generic engineering field, polypeptide drugs are likely to replace the existing medicines.

New "Research Report on Chinese Chemosynthetic Polypeptide Drug Industry, 2012" worked out by China Research and Intelligence (CRI) offers a detailed and all-inclusive picture of the market by providing data and information on the following:

More new market research reports by the publisher can be found at China Research and Intelligence page.