Buildings to be a driving force of the Slovak construction industry, According to PMR

In the coming years, residential and non-residential construction is expected to be the major driver of the Slovak construction market. The engineering sector is likely to feel the consequences of the delays and the lack of proper preparation and planning for civil engineering investments, particularly in the road construction field.

According to PMR’s new report “Construction sector in Slovakia 2012”, in the years to come non-residential construction will witness a rising trend and will be the most stable segment of the Slovak construction market. In 2012 the industrial, logistics and retail sectors will come out of the painful slump they experienced in 2010-2011 as several major constructions are expected to be completed in 2012. Office construction is also to be a larger growth contributor. Still, there is major potential for development in both the industrial and office sectors outside Bratislava, which has yet to be exploited.

An improvement is also expected in residential construction, which in 2011 went down to low levels not seen since 2006, the year before the residential boom in the country. However, in 2011 it also saw some signs of recovery as a spate of developers announced new projects or decisions to resume older projects that were postponed during the economic crisis. 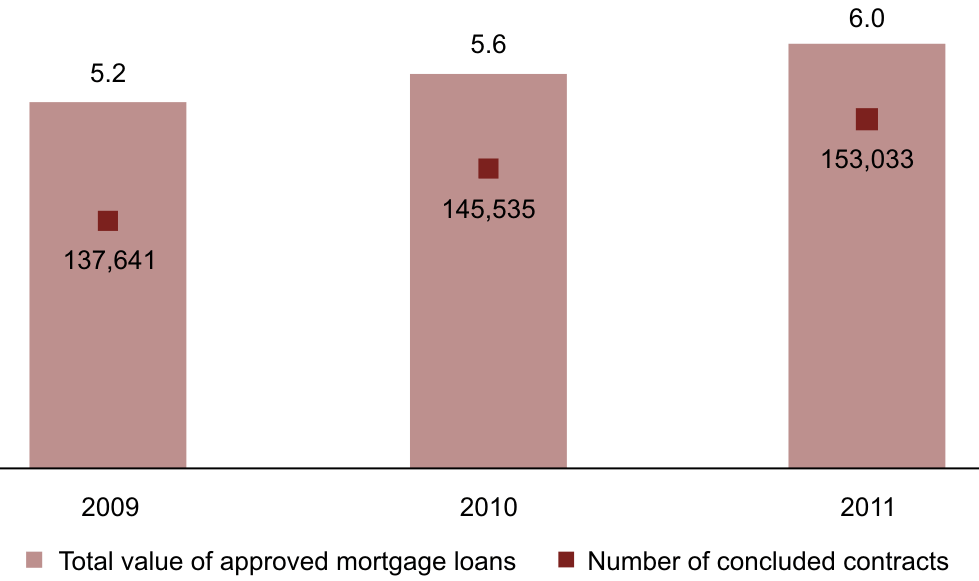 As a result of these new developments, PMR analysts expect a return to growth in the coming years. However, this will not push up the Slovak residential construction market to very high levels as they add to a very low level of output. Residential output in the country is therefore not likely to reach the record high of 2007’s €1.7bn before 2014.

As more of the transport infrastructure orders kick in, recovery is expected to help this sector return by 2015 to the value of output it registered in 2008, before the crisis erupted.

More information can be found in the report “Construction sector in Slovakia 2012” by PMR.