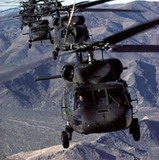 LONDON – All in all, the worldwide defense industry reported 574 transactions worth USD 62.6 billion in 2011. On a monthly basis, deal activity peaked in June 2011, with September 2011 recording the lowest activity. Second half of the year recorded a decline in deal activity versus the first half of the year. When considering quarterly deal activity, so it was the highest in the second quarter of 2011 and the lowest in the third quarter of the same year. Followed by the aerospace products and parts manufacturing segment, the C4ISR electronics and IT sector dominated the deal activity in the year. The wave of consolidation in the defense industry seen in 2011 is expected to continue going forward, amid government budget cuts for military spending in the US and Western Europe.

North America, followed by Europe, accounted for the majority of the deal activity last year. The Asia-Pacific was the third most active in terms of overall deal activity and mainly driven by growth in emerging markets like China and India. In BRIC countries, India dominated the deal activity with most number of deals, while Brazil was the least active country in the group.

The report provides a detailed understanding and review of M&A activity, capital raising, partnering deals and agreements entered into by companies in the defense industry in 2011 through analytical insights from a segment and regional perspective. It also provides an extensive list of key deals and quarterly analysis by deal type, segment and region.

More new studies by the publisher can be found at iCD Research page.