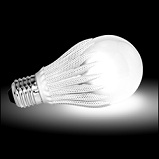 LONDON – Crisis aftermath and debt problems in the Euro zone have a great influence on Roblon AS: the company expects modern/minor growth in the coming year despite its stable performance. As Roblon generates 96% of its revenues from exports, it should seek most profitable markets to penetrate. For now the enterprise is focused on European, Middle East and African regions, having lesser presence in North America and Asia. However, Asian LED industry indicators should be a weighty argument to expand there. On the one hand, the region displays extremely intense competition. On the other hand, its numbers are very appealing.

Asia-Pacific region leads global lighting market, supplying 33.7% of total output. Western Europe, Middle East and Africa together take 26.8%, which is less. At the moment worldwide market is estimated to be USD 85 B, which leaves USD 28.6 B for Asia-Pacific. It is quite a significant number indicating market players’ profits that will further increase. Lighting market is estimated to reach USD 159 B in 2020, and LED part will also be increasing.

Founded in 1954 and headquartered in Frederikshavn (Denmark), Roblon AS designs, develops, manufactures and distributes products from its two business units: industrial and lighting. Industrial unit engages in production of fibre cable, offshore and TWM (machinery for twisting, winding, and rope manufacturing). Lighting unit produces lighting solutions based on fibre optic and LED technology.